In late 1973, Nixon had asked presidential counselor Bryce Harlow to develop a legislative proposal for campaign reform. Since I was already staffing Bryce on Watergate issues, he asked me to help out. Bryce explained the President wanted something really creative/ so aggressive it would cause other proposals to look timid. Since Nixon was never going to go for federal funding, we had to look elsewhere for ideas.

The central issue, as always, was money: how to trace its origins and expenditures, how to regulate it, and how to enforce those regulations. The idea I came up with was a forerunner of crypto currency. The government would print up batches of special script, incapable of being counterfeited, which would be the only lawful manner for campaign expenditures. Each campaign would have to purchase this script from the government, so it would be able to trace the movement of funds. Any purchases by other means, especially cash, would be a felony.

Sound unworkable? You bet! But it was a dramatic proposal, to be sure. We first unveiled it at a meeting in the Cabinet Room on January 1974, with the co-chairmen of the Republican National Committee: George H.W, Bush and Anne Armstrong. They were appalled; George Bush in particular. He was polite and went out of his way to complement me on my “brilliant work,” but pleaded with the President not to go forward. Bryce loved it! It was just the reaction he was looking for.

Attached is a picture, with President Nixon sitting in his dedicated chair at the center of the table. Going clockwise, there is Attorney General William Saxby (sitting in his dedicated chair), Bryce Harlow, Bill Timmons, me, Counsel Len Garment, George Bush, Anne Armstrong and Vice President Jerry Ford. It’s one of my favorite pictures, since it includes three presidents in the same meeting, with me sitting at the table providing the key staffing.

We next presented the proposal to the GOP Leadership Meeting, also in the Cabinet Room, on February 20, 1974. This was a Congressional Relations meeting and Bryce only included me as a courtesy, so I sat in the far background, way off to the left, where I would not be in any pictures, In contrast, our congressional relations team sat directly behind the President, so they would be in all the pictures – which would enhance their ability to convey the President’s wishes to various Members of Congress. In looking at the attached picture, you can see the table was filled with key GOP senators and congressmen. Bryce sat at the table at the far end. 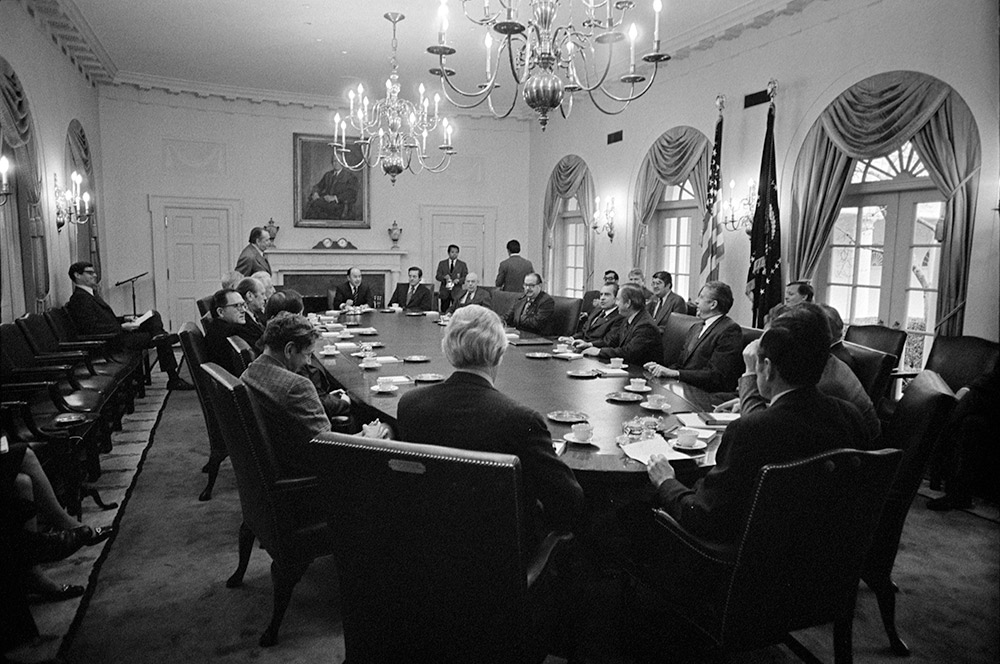 What I hadn’t realized was that by being the only person sitting along the left wall, the President would see me every time he looked up. For reasons that remain unknown, he got started on all the fine work young lawyers on his staff had been doing – me in particular. It became quite embarrassing, as he went on and on, really warming up to his subject.

You can get an idea of what occurred from a fake newsletter, scribbled by Tom Korologos, who was seated right behind the president. 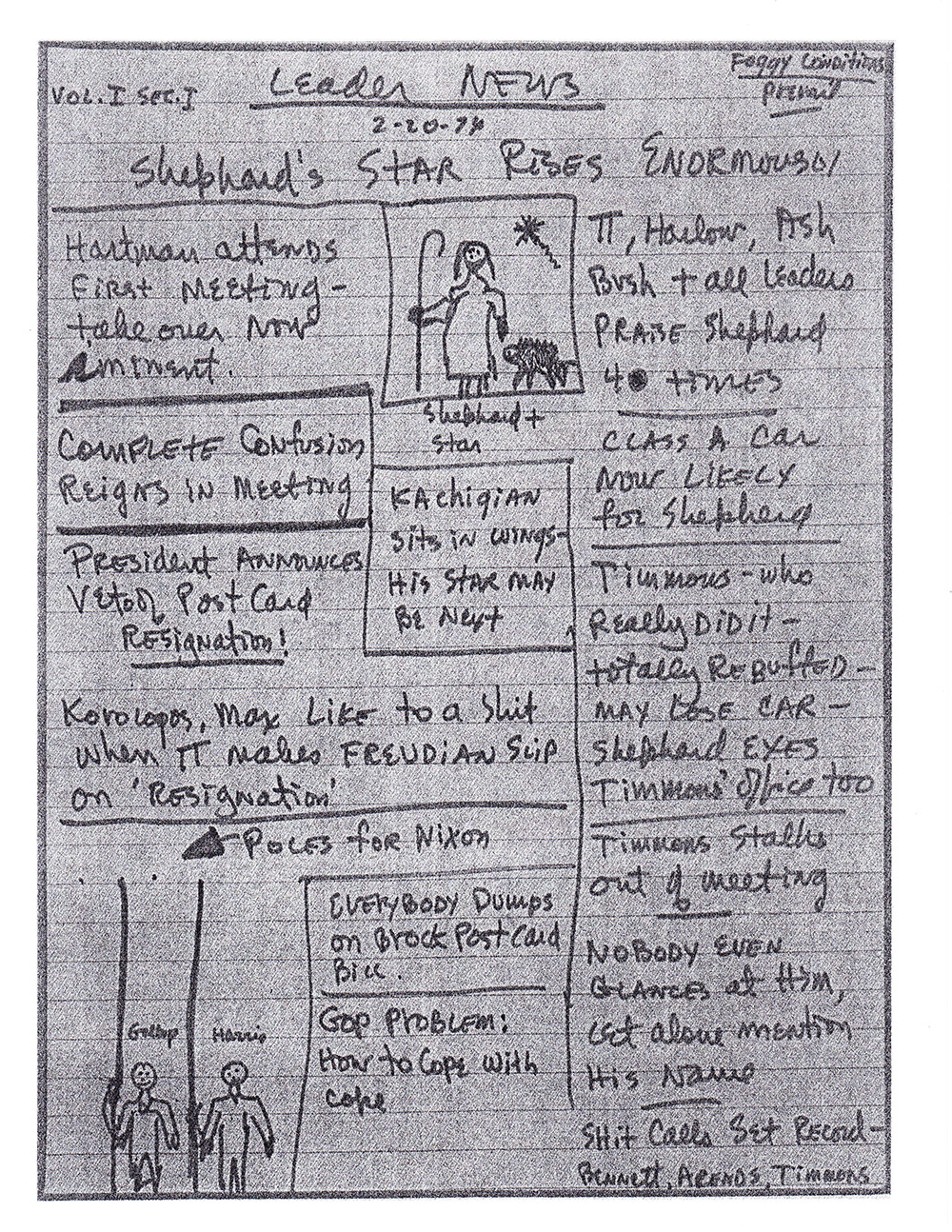 It’s even funnier if you understand all the references:

The legislation was introduced in the Senate on March 28, 1974 by Senator Tower (R-TX), as S. 3261. It was referred to the Committee on Rules and Administration and never heard from again.