If I had to pick one event which marked the beginning of major changes in my otherwise unexceptional life, it would be receiving the Nixon Scholarship from the Republican Women’s Club of Whittier.

It was the end of my Junior Year and I had just been elected Student Body President. The scholarship dean informed me that I’d won the scholarship, which would be awarded at their lunch on June 11, 1965. I confessed that I hadn’t even applied. He responded that the Club allowed the college to pick the recipient and they had chosen me. He added that it was $250, in cash.

To the surprise of nearly everyone, former Vice President – after whom the scholarship was named – showed up at the luncheon to present the award in person. To be fair, he had arranged for Bob Hope to be the commencement speaker and really flown out from New York for that event. Still, I sat at lunch between Nixon and the then-chairman of the Los Angeles Republicans, Robert Finch, later to become Nixon’s Secretary of HEW.

Nixon’s presentation was entirely non-political. He talked about Whittier and how much the college and its professors had meant to him. He then compared his race for Student Body President with mine, saying both involved the issue of whether to seek compromise or confrontation with college officials. I don’t know who had told him about my recent campaign, but I sure do remember his description of his own campaign issue. It involved the college’s ban on dancing on campus. What Nixon was able to work out, once elected, was the use of a building just off campus. Both sides could claim victory: on-campus dancing remained banned; off-campus dancing was a great hit with the student body. Nixon ended his talk by observing that he had gotten to know me during lunch – and predicted great success in my future. Perhaps, he added gratuitously, I might go even further than he had.

Below is a picture from that luncheon, along with a brief newspaper article that appeared the following week. I was seated on Nixon’s right and any picture of the two of us has been lost in the sands of time. 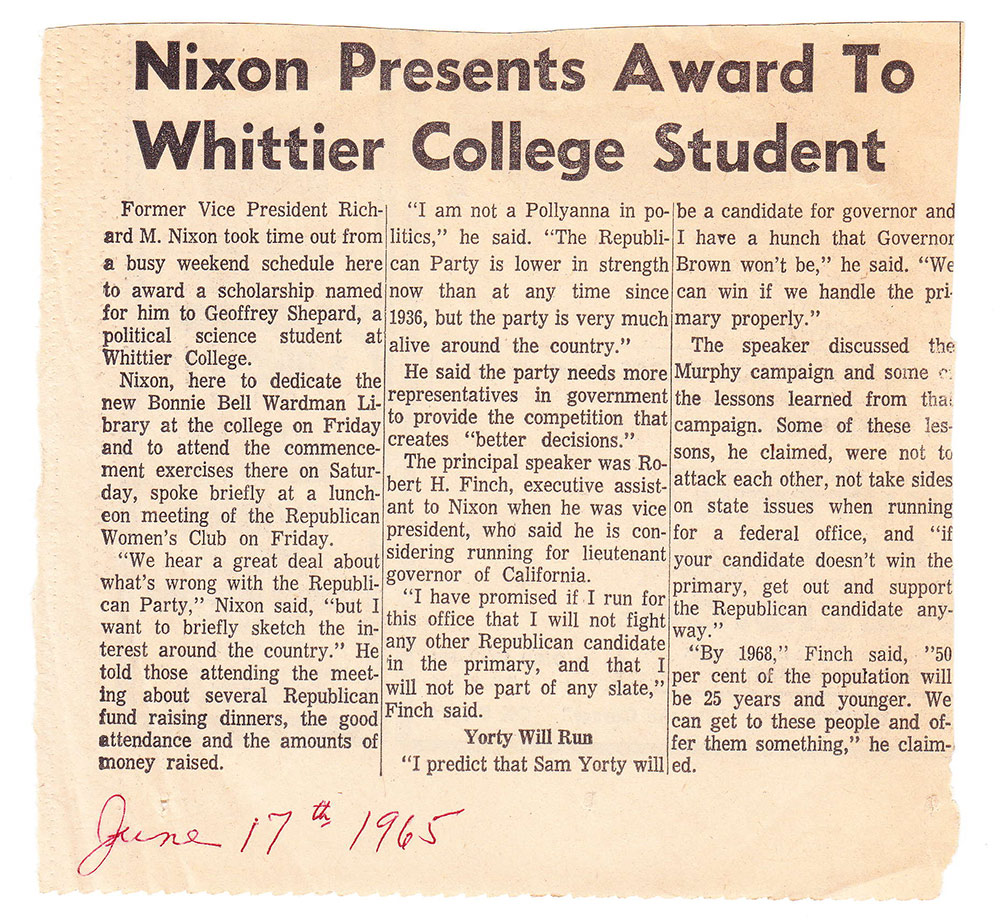 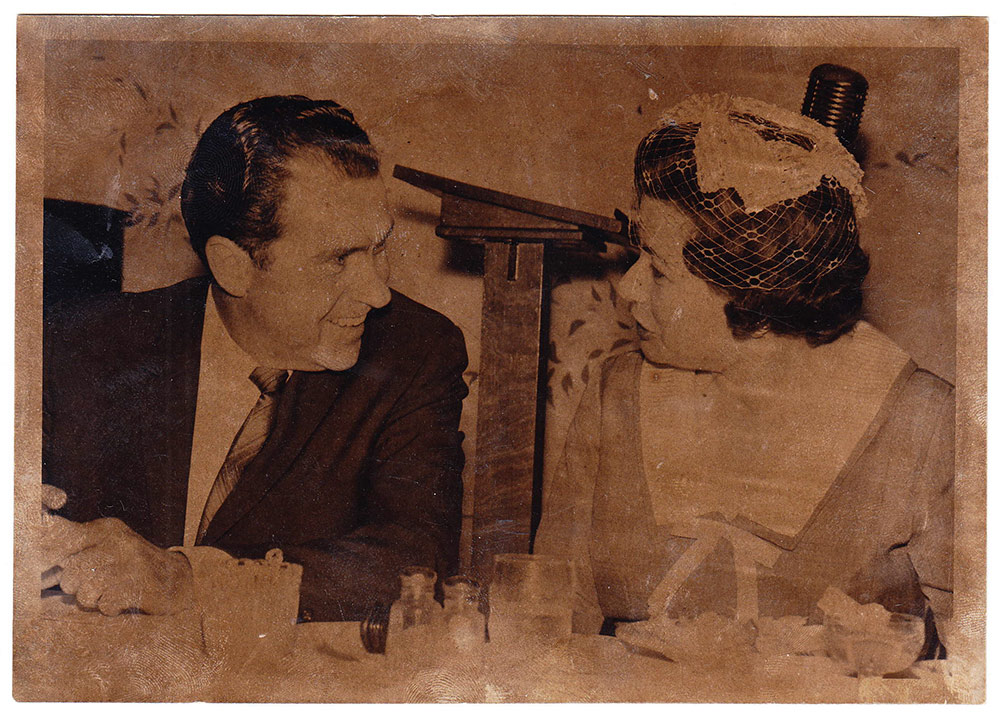 I left lunch with a swollen head and some significant spending money. Shortly thereafter, the scholarship dean again contacted me, saying I must have made a real impression on the former Vice President. As it turned out, when he got home to New York, Nixon had doubled my scholarship with his own personal contribution.

We both went on to bigger things: After graduating the following year, I aced the Law School Aptitude Test and was accepted by Harvard Law School, For his part, Richard Nixon was elected President in the 1968 election. Our paths were destined to cross again.