State of the Union Message Signing

Members of President Nixon’s White House staff who had worked on his annual State of the Union message to Congress were sometimes invited in for a photo op, as he signed the message. 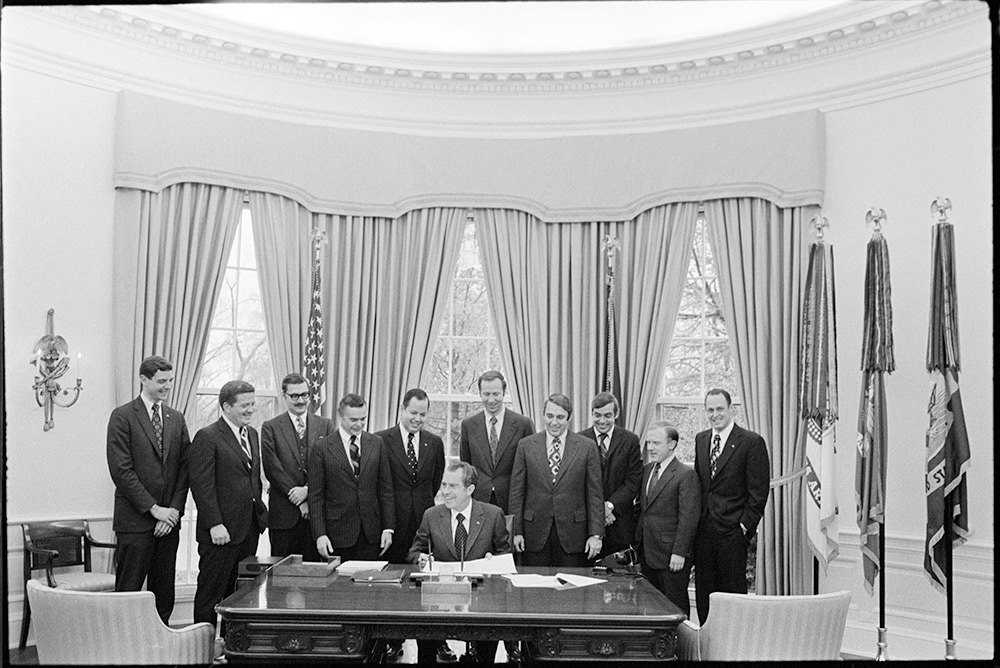 As the President was thanking us for our work efforts, John Campbell responded, “You talk about dedication, Geoff Shepard got married over the weekend and didn’t even take time off for a honeymoon.” Nixon was impressed – and, while saying it wasn’t much, gave me a presidential pin, which he said he hoped we would consider to be his wedding present. Shortly thereafter, we were given tickets to very major inaugural event – the balls, the dinners, the Kennedy center events – all courtesy of the White House.