In the course of my responsibilities as deputy counsel on Nixon’s Watergate defense team, I prepared the first transcription of the tape of his conversation with Bob Haldeman on June 23, 1972, which occurred shortly after the Watergate break-in arrests and records Nixon’s concurrence in Haldeman’s suggestion that they head off FBI interviews of two individuals by getting the CIA to claim them as a part of one of their operations.

The tape had not been heard by anyone other than President Nixon until the Supreme Court upheld the special prosecutor’s tape subpoena on July 24, 1974. At Nixon’s direction, Fred Buzhardt had listened to that tape and then asked me to prepare a transcript.

I did so – and was the one who first termed it the “smoking gun.” Of course, I was working from the original tape itself, which meant that I had handled evidence which would later be introduced in court.

This meant I would be a chain-of-custody witness for the prosecution, appearing to testify against my former colleagues. I requested and received the attached subpoena.

Fortunately for me, at the point when I was the very next witness, the prosecutors decided instead to move for admission of the tapes as evidence. Their motion was immediately accepted by Judge Sirica, which meant I didn’t have to appear at all. 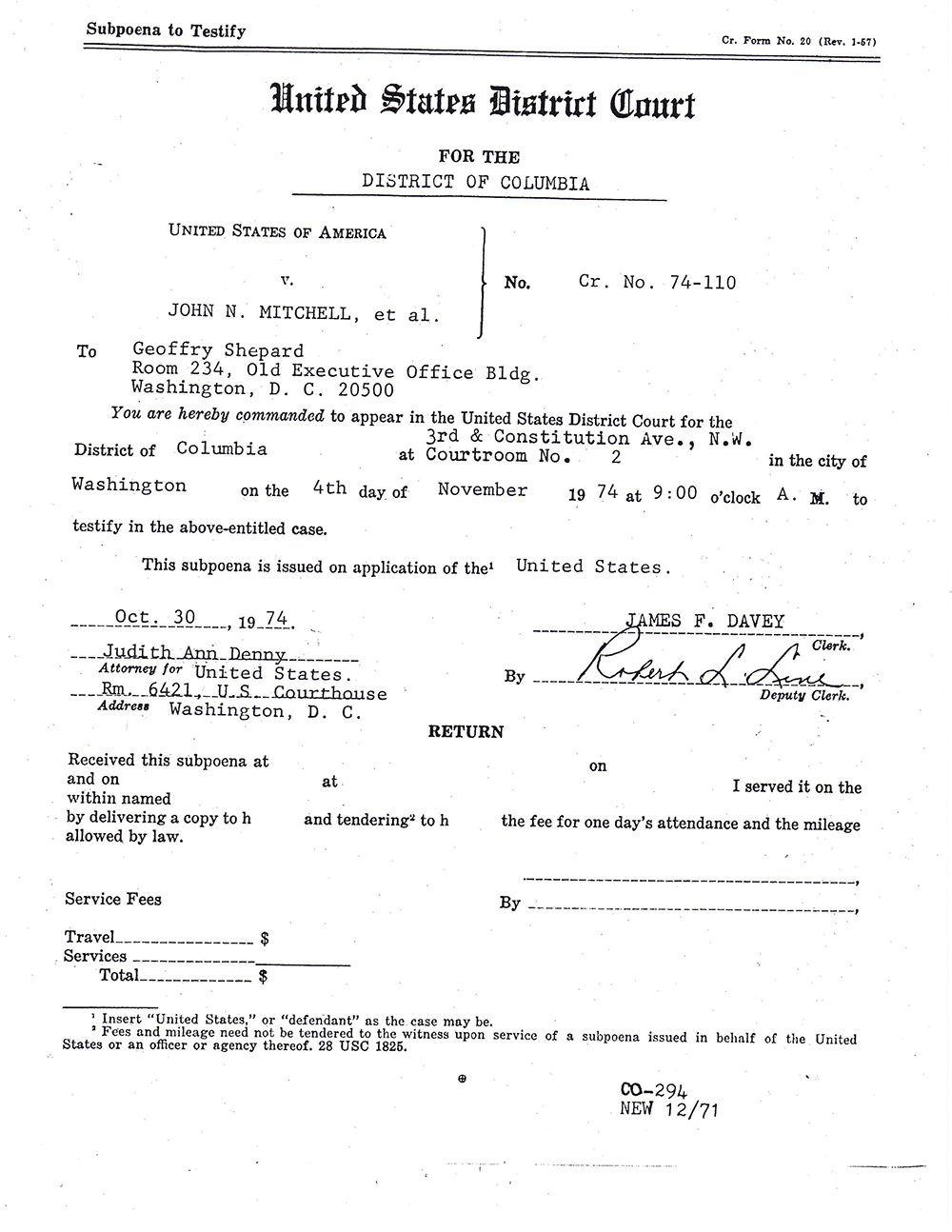