Once the Watergate storms had passed, I found myself virtually unemployable. What? You worked in the Nixon White House? You must have done something wrong!

The generally accepted approach was to be named to a Senate-confirmed position, under the assumption that any wrongdoing would have come out in your confirmation hearings.

Because I had worked as deputy counsel on Nixon’s Watergate defense team and had transcribed the White House tapes, this option was not available to me. There would be too many questions about what I and others had done – and claiming attorney-client privilege was going to work,

My best alternative was some indication from the Special Prosecutor that I was clean. The challenge was that, while they might occasionally give a verbal “OK” to someone up for confirmation or employment, they had never issued a written clearance letter,

I insisted that I had served honorably and well on Nixon’s defense team and shouldn’t be punished for that role. They relented and provided the attached letter. To my knowledge, I am the only senior member of Nixon’s White House staff to have such a letter. 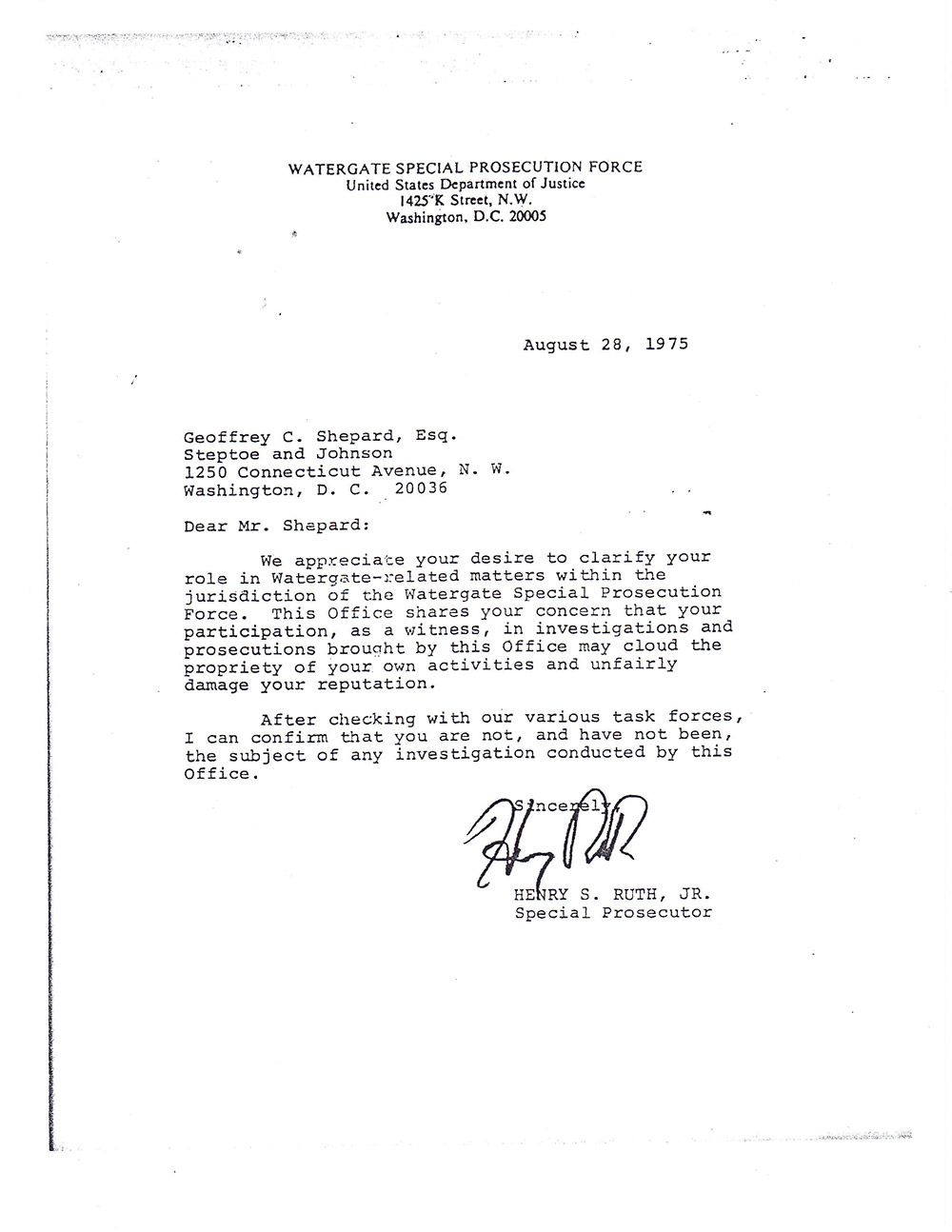