Posted In: Watergate Audio/Visual on February 9, 2012 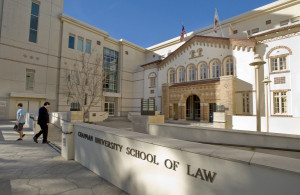 Shepard had been invited by students on the law review of Chapman Law School in Orange, California, to participate in their January 27, 2012 Symposium, entitled Watergate and the Rule of Law, which also featured John Dean as keynote speaker. Shepard was removed from participating in the symposium, however, at the direction of the Symposium Faculty Sponsor. This is a link to David Whiting’s column that appeared on the front page of the Orange County Register on the day of the symposium, discussing Shepard’s removal:  http://www.ocregister.com/articles/shepard-337492-watergate-nixon.html

Shepard’s presentation was subsequently given at the Nixon Library on February 9th: