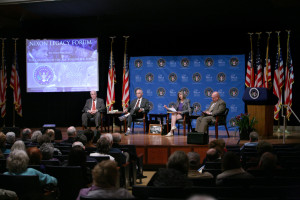 Title: RN Ends the Draft: The Creation of the All-Volunteer Force