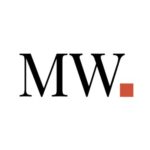 Geoff was recently interviewed on March 22nd by Erich Prince of Merion West. In this interview, Geoff talks about what it was like to serve for the Nixon administration.

Geoff and Erich also discuss the similarities between Watergate and Mueller.

On March 22nd, author and former Nixon attorney Geoff Shepard joined Merion West’s Erich Prince to discuss what it’s like to serve in an administration under fire. Mr. Shepard has written two books about the aftermath of President Richard Nixon’s resignation and how the case was mishandled by the prosecution. He works on organizing forums of former Nixon staffers. Mr. Shepard spoke with Merion West to break down the similarities between the Watergate Scandal and Special Counsel Robert Mueller’s investigation involving President Donald Trump.