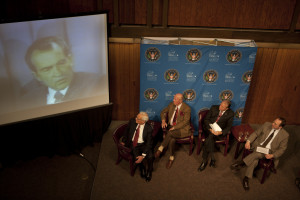 How the Nixon Administration was able to bring about substantial school desegregate of Southern schools in the fall of 1971. (February 1, 2012, The Hoover Institution at Stanford University).