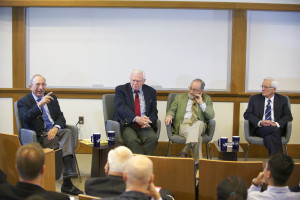 The transformation of the Bureau of the Budget into OMB, as seen by career civil servants from that era. (September 11, 2014, LeBow College of Business at Drexel University in Philadelphia).

Title: Managing the Presidency: Nixon Creates the Office of Management and Budget